Sex, religion, and politics: three inexhaustible yet potentially awkward and provocative topics of dinner party conversation. I addressed the first two topics in earlier articles for Wondering Fair, so with this submission my theological three course is complete.

Why is discussion of politics deemed unacceptable at dinner parties? Sex is typically and appropriately a private matter. Religion too involves personal and private expression, but while sex is rightly confined to the bedroom not the 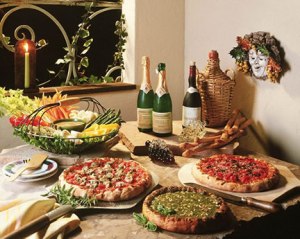 boardroom, both religion and politics involve public expression, the latter as a matter of course. So if it’s alright to wave a placard at a political rally, why not chow down on the latest political hot potatoes at dinner?

Again, the answer is because political discourse too quickly becomes heated and divisive.

Interestingly, much of Jesus’ discourse was also political and therefore divisive. His claim that ‘my kingdom is not of this world’ (John 18:36) had, and continues to have, political ramifications. The fact that he has a kingdom signifies that he is ruler or sovereign over some spiritual or physical territory, the laws of which originate in a person or place beyond this world. However, the ruler and source of this other-wordly kingdom—Jesus himself—has claims to make on the rulers, citizens and systems of this world.. Here lies the tension for Christians: how to be good citizens in a world and society that has yet to acknowledge Jesus’ sovereignty and kingdom, and therefore persists in making decisions without reference to him.

Christians pray, “Your kingdom come…” Like politics, Christian faith requires public expression and participation as a matter of course. Christians should be model citizens both of the state and of Jesus’ kingdom, but the glaring truth is that we struggle to be good citizens of either. It’s hard to know what to think about politics, hard to know which political 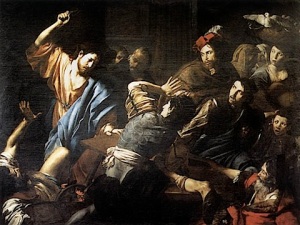 party to support when all are flawed, and it’s hard to love our neighbour when that person at church is so irritating. For some, the best option is to retreat and engage with wider society as little as possible. For others, political affiliation is so important as to be practically indicative of one’s faith, the implication being that this party is the party for Christians and that party is not.

Perhaps it would be helpful to recall that while Jesus’ kingdom is for this world it is not of this world. Jesus’ mandate was a mandate to love and to do everything out of love: love for neighbour, love for stranger, love for enemy. Something radical and different is going on when a political leader makes those kinds of demands, demands on people’s hearts. I’d say the world needs that kind of leader. I’d say the world needs that kind of kingdom. And I’d say it’s worth ruffling a few feathers at the dinner party to profess allegiance to them both.