When talking about Christianity and its historical origins with people, I have been asked by many: what about the gospels not included in the Bible? Why were they not chosen? What do they say? Is there some kind of conspiracy going on which chose “the official truth” and left out legitimate voices? 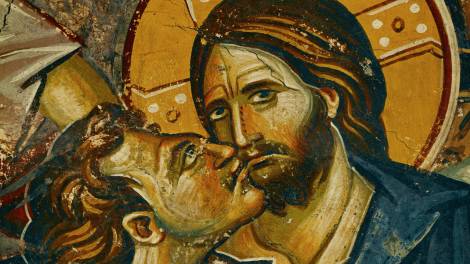 This month I read N. T. Wright’s commanding study[i] of maybe the most talked-about alternative gospel: the Gospel of Judas. It is a fascinating read. But for those of you who can dedicate only 6 minutes and 43 seconds to the topic, here’s the skinny.

What it says: The Gospel of Judas is essentially a dialogue between Jesus and Judas, where Jesus asks Judas to hand him to death, and Judas obeys the command. Judas is the hero who helps Jesus escape this corrupt world by handing him over to death. Its worldview is quite different from the canonical gospels written by eye-witnesses or friends of eyewitnesses of Jesus. It features an obscure cosmology of heavenly realms and the idea that people have a “native star” that echoes the cosmology of Plato. Here a flavor:

Where it came from: The Gospel of Judas and most of the alternative gospels are products of a 2nd and 3rd-century (con)fusion of Christianity and Greco-Roman spirituality called Gnosticism. Wright describes its four main tenets as:

(a) “a deep and dark dualism” which makes this world essentially bad “and a place which, had it not been for an evil god going ahead and creating it, would not have existed at all”;

(b) the creator god is bad and corrupt but “there is another divine being, a pure, wise and true divinity”;

(c) salvation means “to escape the wicked world … attaining deliverance from the material cosmos and all that it means”; and

So, more than Savior, Jesus is a revealer whose secret collection of sayings imparts this enlightening knowledge. The gist of the story according to the Gnostics is “the story of a higher god who trumps the wicked, world-creating god of Israel and enables some humans, led by a mysterious revealer-figure, to discover the true divine light within themselves and so be liberated from the created order, and the created physical body, and all the concerns that go with the material world.” (71)

“Keep Jesus as the key figure, a great and powerful teacher, one who has come from the other side to tell us that it’s about and to rescue us from our plight… and simply adjust the nature of the plight (no longer sin, but materiality), the picture of God (no longer the creator of the material world, the God of Abraham, Isaac and Jacob, but a distant, pure being, unsullied by contact with the creation), the nature of salvation (no longer God’s kingdom and justice coming to birth within the space-time universe, but instead the rescue of some humans from the material world altogether) … and, lo and behold, we are still followers of someone we call ‘Jesus,’ but now we have a worldview and a religion without those nasty Jewish bits.” (39)

What these other ‘gospels’ are instead is a series of pamphlets in which Jesus serves as the mouthpiece for the author’s preoccupations, usually magical or esoteric. It isn’t that they cast an intriguingly different light on someone who is recognizably the same person as the one in the New Testament. They are worlds away in mood and tone and attitude… Read much of the rival ‘gospels’, and you start to think that the Church Fathers who decided what went into the New Testament had one of the easiest editorial jobs on record. It wasn’t a question of suppression or exclusion, so much as of seeing what did and didn’t belong inside the bounds of a basically coherent story. [ii]

Quite a clear conclusion to me: just slightly more historically credible than Lady Gaga’s spin-off of Judas.

[i] N. T. Wright, Judas and the Gospel of Jesus: Have We Missed the Truth about Christianity? (Grand Rapids: Baker Books, 2006).

2 responses to “The Gospel of Judas: What it says, why it’s not credible”