A horrific crime took place this past weekend: reportedly 33 men doped and raped a sixteen-years old girl in Brazil. It’s hard to imagine something more cruel and disgusting than this. What are your first sentiments when you heard of it? If I may guess: rage. Indignation. Thirst for justice. Have those men punished. Make them pay.

I tried to make sense of a similar crime, a gang rape in India, in a previous article, and of why does God allow suffering in the world here.  But now I feel compelled to write about justice. I hope the authorities find and prosecute those men. But I find solace in a greater justice too. God sees it all, will judge everyone with fairness, and will punish those who refuse to repent. In other words: the solace of hell. It is a doctrine that, for many today, sounds like a Medieval, cruel belief, the dirtiest pleasure of a sadist God, a place where eternal suffering lasts far longer than the earthly sins committed. Is it? 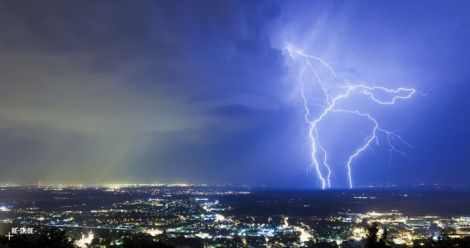 In my view, however, whatever content we ascribe to hell – definitive death, eternal suffering, some meaningless state away from God, we can’t say for sure – the existence of some form of hell is necessary if we are to have an all-good God. To get rid of hell does not give us a more loving God; rather, it gives us a more cruel, more mediocre God. A perfect heaven can exist only if there is also a hell; if there is no hell, there won’t be a heaven either, and neither earth: everything is consumed by hell.

Let me explain. If a good God did not want to punish evil somehow, in my view this could mean only two things. Either true, objective evil does not exist – date rape, systematic genocide, use of mentally sick people for selfish purposes, all these are not evil– and should not be punished. I don’t think any of us would sanely advocate this option, would we? Or else God does not care about evil. He gives in, hides the dirt under the carpet, and lets evil go unpunished. He looks at the Holocaust, at the hills of corpses in concentration camps, looks Hitler in the eye, and says that it is ok, no big deal. He looks at the father who preys on his daughter every evening, and shares her with his friends, and prefers to shy away instead of naming that evil.

Instead, God’s provision of hell means that he takes our reality seriously, and does not let any evil act we suffer go unseen. God’s hatred of evil is a consequence of his unflinching goodness; his wrath is the greatest demonstration of his love. Only a God who abhors evil could be any good; only a God who sadly makes space for hell can redeem reality truly and create a heaven out of our mess. Hell does not mean that God is cruel, it means just the opposite: that he is not cruel, that he opposes evil without blinking, and that he is wondrously good.

In my view, therefore, hell and God’s opposition to evil are not repulsive doctrines of a cruel God. On the very contrary: they are evidence of how unspeakably good our God is. Nor are they what the Christian message is about. They are just the shadows of a very bright picture, the low echoes of a virtuoso symphony, the dirt that shows that God’s shoes do indeed walk on this world: the necessary consequences of the evil of this world. God is not focused on hell, not at all. He is rather at work in the redemption of reality, in the restoration of every living thing to his glorious society of purity and justice and love. God does not ignore or take pleasure in evil, but he is so indescribably good that he looks evil in the eye, and so indescribably graceful as to include and redeem evil people like us in his heavenly masterpiece.

In fact, God is so good that he offered himself to pay for our sins and satisfy his wrath, so that hell does not take over reality, but is in fact dwarfed by the majestic redeemed society of heaven. This is goodness beyond description. This is a wide-eyed redeemer of evil. This is a trustworthy architect of heaven.

3 responses to “Hell and God’s Goodness”